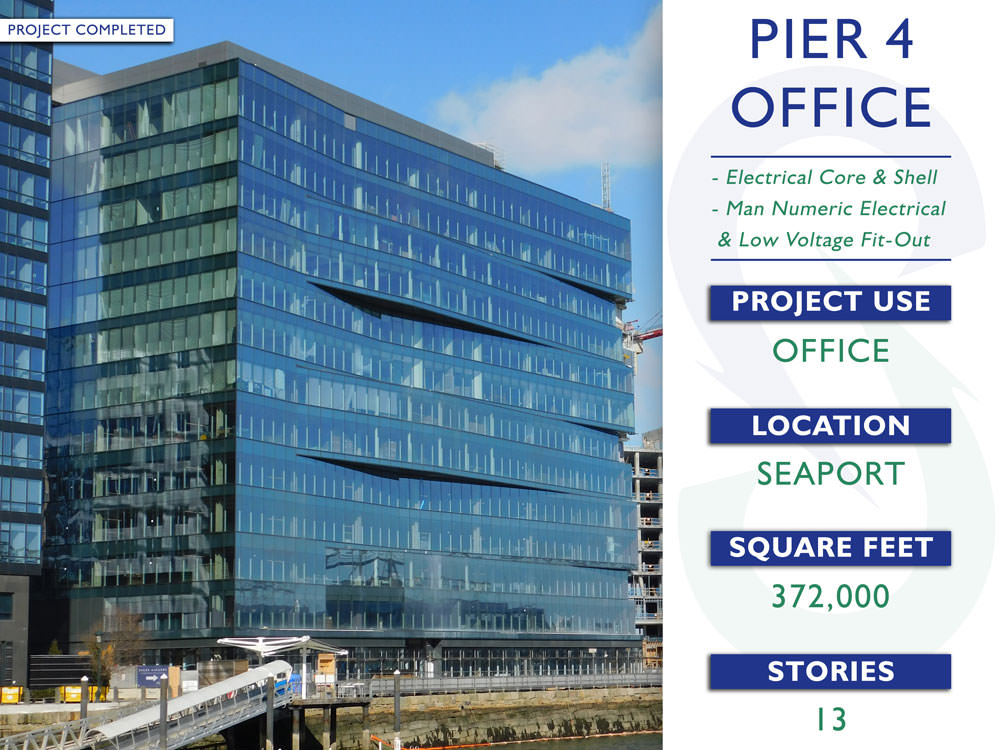 State Electric began working in partnership with Turner Construction on the electrical core & shell at the Pier 4 office project in March 2016. Over two years later, our work at the 372,000 SF, 13 story building has been completed. In conjunction with the electrical core & shell, State Electric also completed the Man Numeric fifth floor electrical fit-out project under a separate contract. Located at the former Anthony’s Pier 4 restaurant site, the office building is the second phase of Tishman Speyer’s Pier 4 development.

The working relationship and proven experience State Electric has established with construction managers has continually allowed us to be the electrical contractor they trust on multi-phased mixed-use developments such as Pier 4, Ink Block, and Boston Landing. Currently, we are working with Turner Construction on the third phase of the Pier 4 development, a 106 unit condominium project, with our team being led by Project Manager Jim Ryan and General Foreman Derek Holmes. The project is approximately 50% complete. 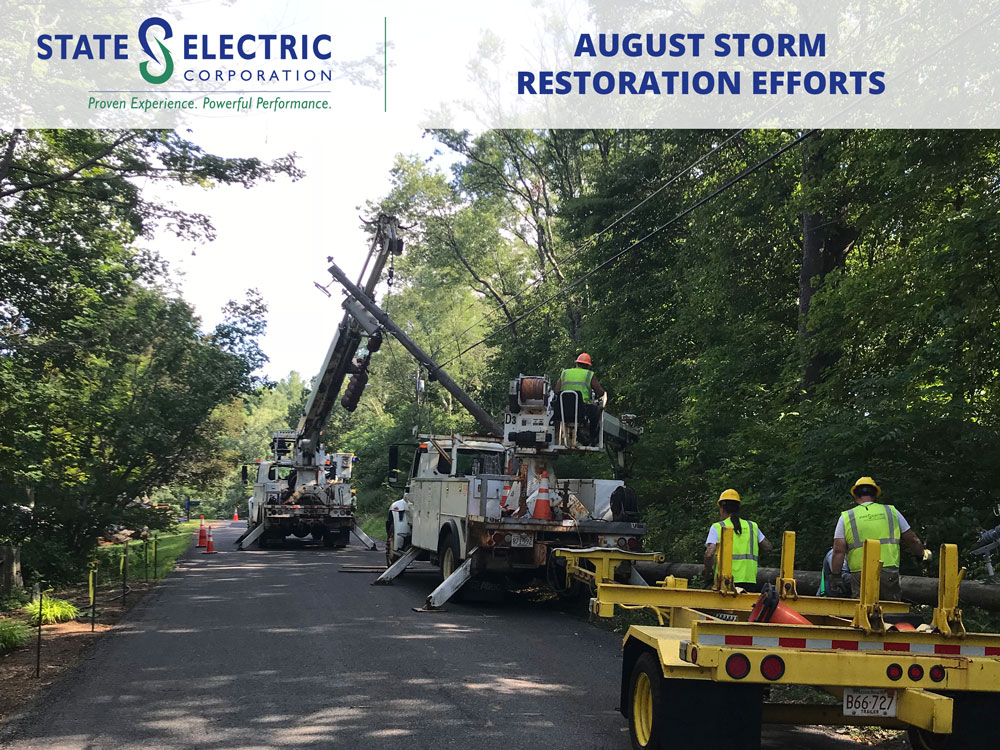 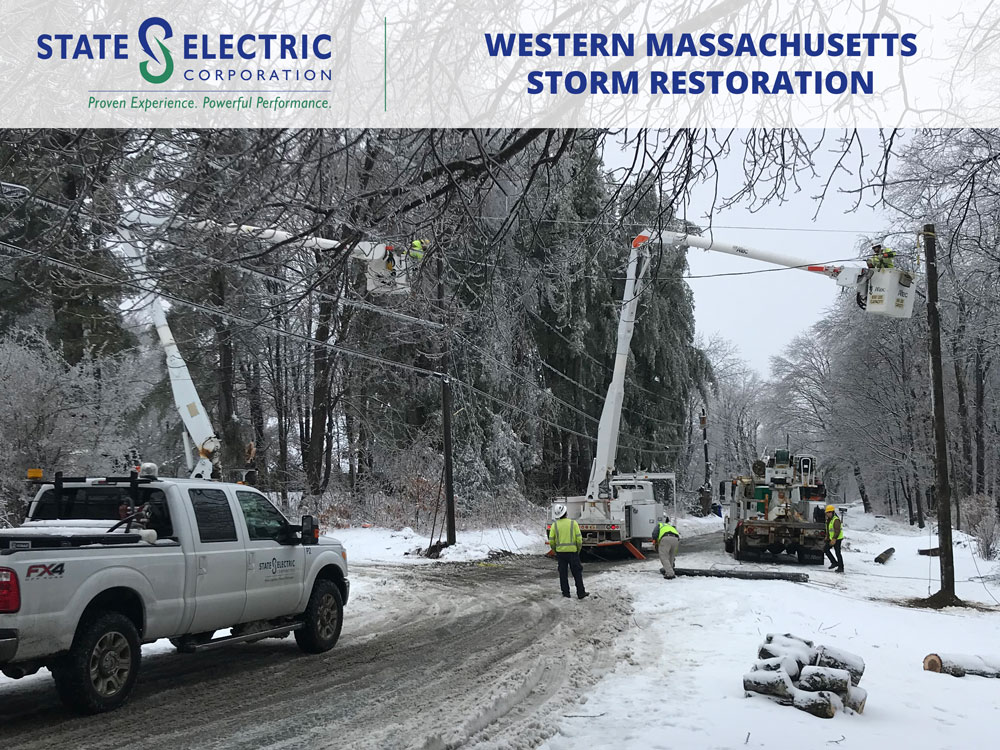 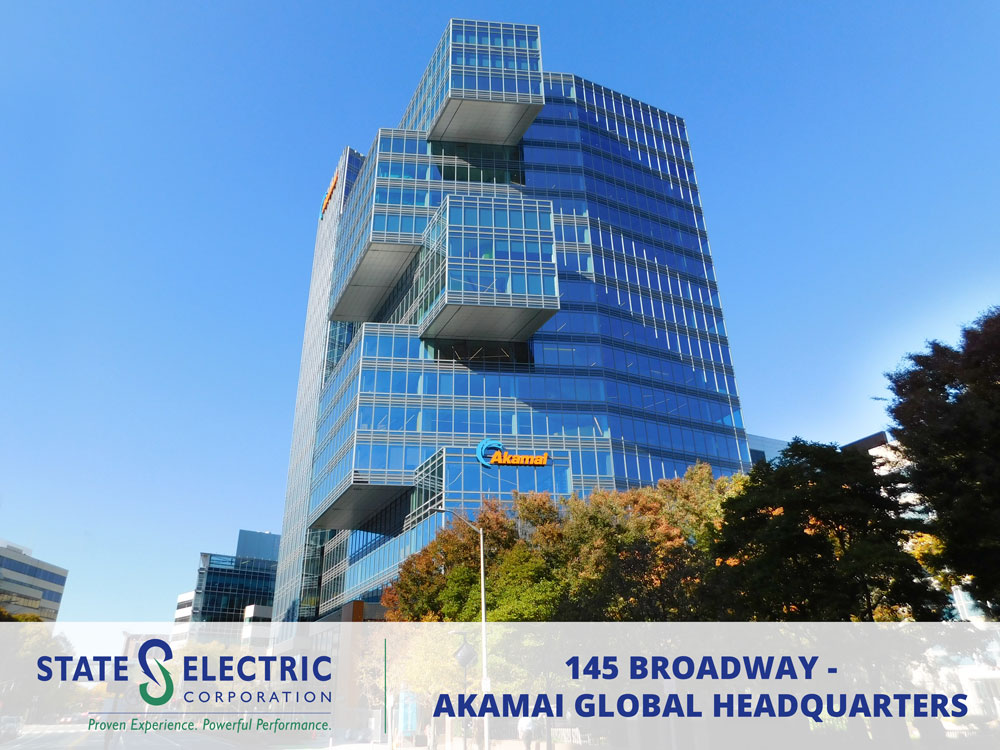 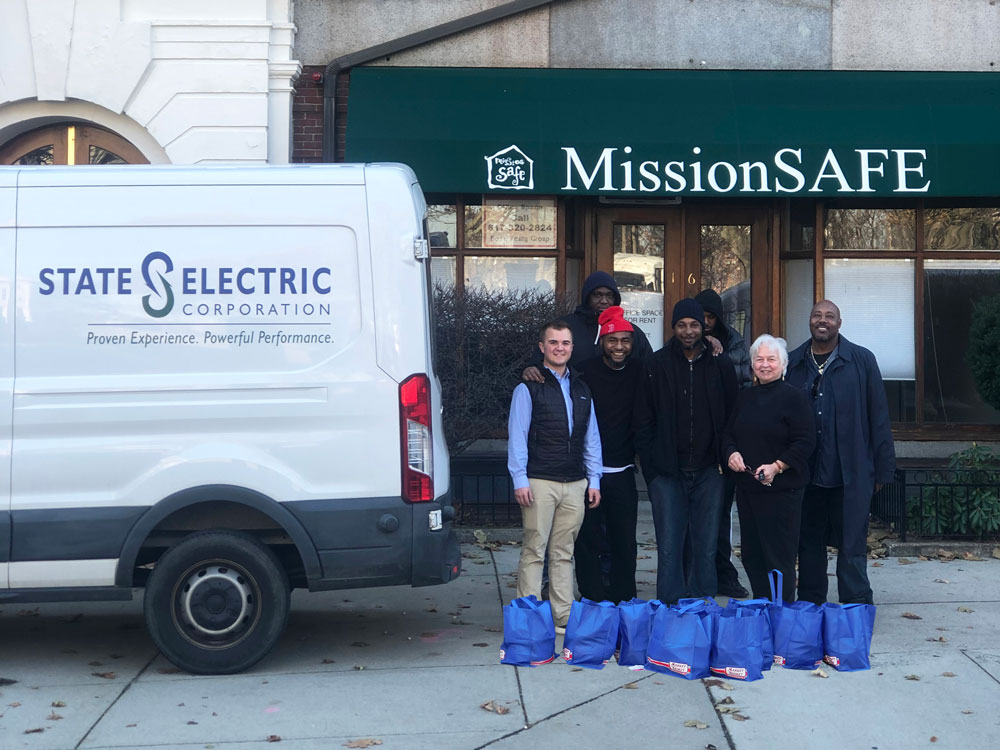